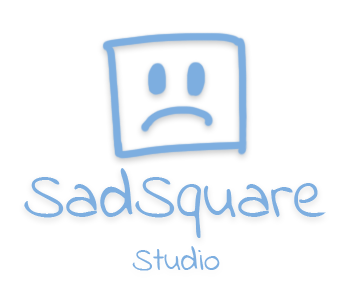 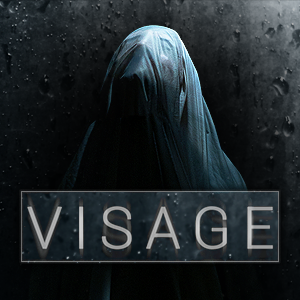 We're happy to announce that Visage is coming out on PC, Xbox One, and PlayStation 4 on October 30th!

We're happy to announce that we're launching an Early Access version of the game!

The Early Access version is available on PC, via the Steam platform for USD24.99 (price will vary depending on country). Here's a link to the store page:

Who can get it?

Everyone. What the hell are you waiting for?

We’re more than happy to say that this Kickstarter campaign has been a huge success! We’ve built a community of more than 3,200 backers and raised $120K CAD (~$84K USD).

Thanks to your dedication, passion, and incredible support, we hit our funding goal more than three times over and reached six stretch goals!

Visage will be available on consoles, feature VR, support multiple languages, and be greater and grander than the more contained vision we thought we’d get to bring to you. It’s all possible thanks to you, Visage fans.

Over the next few days, we’ll be sending out Kickstarter surveys to all our backers so that you can confirm and specify your reward details.

The reward packages for pledges up to $150 CAD will be fully taken care of in the surveys.

For the reward packages at $400 CAD and up, we’ll be communicating with you through e-mail. Details for you will follow in the surveys.

We’re going to be hard at work on Visage every day, and we’ll continue to post updates as we move along in the development and production process, so you’ll always know how things are progressing.

For more frequent updates — and if you want to be sure to get the first look at new Visage trailers, screenshots, and other preview goodies as soon as we put those out — make sure to follow us on Kickstarter, Facebook, Twitter, YouTube.

With just over two weeks left to go in the Visage Kickstarter campaign, we’re at more than 200% of our funding goal, with two stretch goals met and closing in on a third.

We’re now less than $4K CAN / ~$2.8K USD way from our third stretch goal: more characters to populate the Visage world and haunt your Visage dreams.

Besides meeting our original Kickstarter funding goal, thanks to all our amazing backers, we’ve already cleared our first two stretch goals:

Stretch goal #1: It’s not just for PC anymore. Visage will be coming to consoles — PlayStation 4 and Xbox One. So if you’re a console gamer and you were waiting to back Visage to make sure there was going to be a console version, it’s safe to join the party now. ;)

Stretch goal #2: — and one of the stretch goals we personally were really hoping to hit — Visage will also be coming to V.R.!

You’ll now be able to truly immerse yourself in the Visage world and wander the Visage house as the main character, seeing it through his eyes and exploring its mysteries in full-on surrounding 3D.

Every one of our stretch goals from here on out is dedicated to bringing you a bigger and better Visage game experience.

Help us bring you an expanded Visage

Do you want to see Visage expanded? Back Visage on Kickstarter, share our trailers, and help spread the word about the game!

Every share, each and every pledge, helps us get closer to our stretch goals, to make Visage a greater, more expansive experience for everyone

Thank you, once again, to all our loyal Visage fans and wonderful backers. We’re so grateful to you that we’ve already made it this far in the Kickstarter campaign, and we hope, with your support, to keep going a little farther. :)

After just 12 days, we’ve met our Kickstarter funding goal! Visage is on its way to becoming a full-fledged reality.

We’re so excited to be able to bring Visage to life, and we want to offer our sincere and grateful thanks to each and every person who’s supported Visage — from all our wonderful backers on Kickstarter to all the amazing people who helped spread the word about the game.

It’s not over yet!

The best news is we still have a month left to go in the Visage Kickstarter campaign. We hope you’ll keep the support going.

We’d love to expand Visage into our dream vision of it as a longer, broader, more layered game, and every single dollar that comes in from the Kickstarter will go toward making Visage bigger and better.

Visage for consoles, V.R. and more

With a month left to go in the Kickstarter campaign, some of our stretch goals are right within reach.

Just a few thousand dollars more, and Visage will come to consoles (PlayStation 4 and Xbox One). Just a little more past that, and we bring you Visage with full V.R. support!

Beyond that? More antagonists, a bigger world, multiple languages and multiple endings. How far we can take the game is completely up to our fans. Your support helps make Visage the horror game that you want it to be.

And once again, because we could never say it enough, thank you to all our loyal, supportive, and enthusiastic Visage fans around the world. We couldn’t have done this without you, and we can’t wait to see where you’ll take the game next.

The Kickstarter campaign for Visage is now live! And, as promised, we have an all-new alpha trailer to go with it, featuring 12 uninterrupted minutes of Visage gameplay. Head over to our Kickstarter page now to watch.

Don’t forget to take a look at our super-premium, handcrafted, all-natural, organic and gluten-free exclusive Kickstarter-only pledge rewards — designed by us especially for indie talent, ardent gamers and our loyal Visage fans.

You could get to be a part of the Visage world and have your very own horror-game claim to fame. (But grab these reward packages while you can. Some of them are so powerful, we can only offer a limited number of them. And once they’re gone, they’re gone!)

If you’re a fan of Visage, psychological horror or just indie games in general, we hope you’ll show up to support Visage. As a true indie dev with just a small team, we very much depend on your support to be able to bring Visage to you.

Even if you’re not able to pledge, you can still show your support just by helping to get the word out.

Share Visage and our Kickstarter with all the gamers, indie gamers, and horror junkies in your life. Any little thing that you can do to spread the word is a HUGE help to us, and not one single bit of it goes unappreciated.

To all our Visage fans, thank you, as always, for all the support you’ve shown for us and for Visage over the past few months. We wouldn’t have made it to this point without you. We hope you’ll help us take the next step too, with your support on Kickstarter.

We hope to see you there!

Our Kickstarter campaign for Visage launches tomorrow! As part of the launch, we’ll be unveiling a new extended trailer from the game, showcasing 12 minutes of alpha gameplay.

So stay tuned! We’ll post an announcement as soon as the Kickstarter campaign is up and running.

As a small indie team, we’re incredibly and continually grateful for all of you who have expressed an interest in Visage and for all the amazing support we’ve received so far from fans far and wide. We hope to see you at the Kickstarter launch!

If you're still unsure what Kickstarter is exactly, click here. It's awesome.

Will I be able to stream, upload videos and monitize my playthrough?

Yes. We encourage you to do so, and we'll be part of your viewers :).

Were you inspired by the horror cultural phenomenon called P.T.?

We won't hide it, we were inspired by that great game. Furthermore, the decision to cancel Silent Hills pushed us to develop an awesome and terrifying game to quench the horror fan's thirst. That said, we're not trying to become merely some kind of P.T. successor. We're driven by the lack of truly terrifying games on the market like Alien: Isolation, P.T., F.E.A.R., and Amnesia: The Dark Descent. We probably could count them on our two hands =(. We really hope some people will consider adding our game to that list.

Patience isn't my thing, when can I play Visage?

"Platform?" isn't a question, you know, but we get it. PC, Xbox One and PlayStation 4. They will all be released together.

What are your plans after this game?

We'll release Visage first, but since you are curious, friend, know that it highly depends on Visage's success. We might expand and make games that are even more awesome. We might—or might not—stay in the horror genre.

Visage is a first-person survival/psychological horror game that takes place inside a vast house with a terrible history, a timeline marked again and again by death. Some of the families who lived here were brutally murdered, some of them went insane, many committed suicide.

As a player, you’ll relive these events through pieced-together images and fragments of memories that drag you closer to the truth behind the house and its dark past.

The inspiration behind it

Though we were heavily inspired by the brilliant and matchless P.T., we also drew upon influences from classic psychological horror games like Phantasmagoria and from more recent ones like Amnesia: The Dark Descent, as well as from horror movies like The Grudge.

Beyond its inspirations, though, we believe Visage has its own story to tell. It adds layered storylines, randomized gameplay elements, and a blend of photorealistic environments (thank you, Unreal Engine 4) with surreal and nightmarish images, to create what we hope is an overarching vision — and within it, a story — all its own.

We believe in making things personal. That means we will do our best to be close to the people who support us. We aren't businessmen wearing suits and ties, trying to snatch money out of your pockets. That said, it doesn't mean we don't need money, but we'll make sure your voices are heard, even if you don't throw $100 bills at your screen for us to grab.

We are the newly founded studio behind the development of the anticipated Visage horror game. We joined forces in January 2015 in order to add a much-needed, truly inspired and terrifying game to the horror genre.

We love horror. We are passionate. We aspire to make great games. We like people who like us, we want them to like us even more, and we're going to do everything we can to make that happen. We also love cookies. Yum.

Jonathan Vallières Founder | Level designer
"You know that guy in your multiplayer match, looking at a tree, almost drooling? That's me. I'm actually examining the tree's texture, because I love details and trust me, our games are going to have lots of them. Details. DETAILS. I'm a gamer, a developer and I love to kick ass and chew bubblegum."

Jonathan Wachoru Sound designer | Music composition
"Everything can be recorded, even your fear." 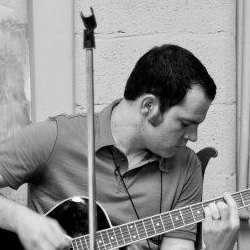 Peter Wicher Composer
"Soft melodies and dissonant sounds make my world go round. The rest of the time, I play the most terrifying games I can find, just to stay sharp for the eventual zombie apocalypse!" 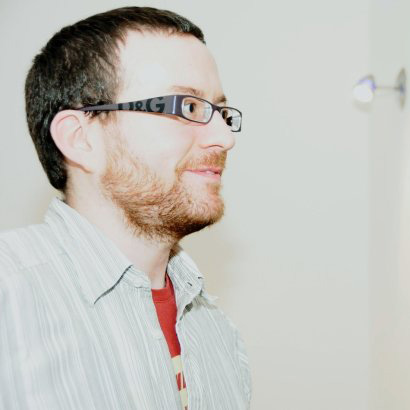 Martin Mcghee 3D character modeler
"As a child, I loved plasticine, drawing, Lego and computer games. I never grew up. One day, I discovered that I could combine the love of all these to make a living! Why would I ever do anything else?"

You are so excited about our stuff you want to talk to us directly about interesting things! Well, what are you waiting for? We love feedback and we love people, so come on, talk to us. NOW.